A Story of Teenage Trafficking

“Amber” is a young teenager and has decided that she can’t deal with her family anymore and has runaway from home. 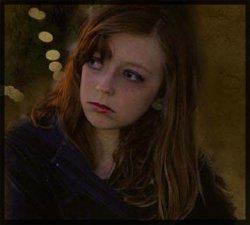 She’s hanging out at a park when a nice looking man approaches and asks if she’s hungry and needs food. She says “No thanks” at first but he offers her cash to get something to eat. She is still leery of him and declines again. Amber is cold, lonely and hungry but knows she must be safe. The man returns an hour later with a hamburger, fries and a soda. He also offers her an old jacket and tells her that he told his wife about her when he got home and they both agreed to at least buy her some food. He gives her his cell phone and tells her that he and his wife have a daughter her age at home. If Amber wants to call him, he will come pick her up and she can spend the night in a nice warm bed. Amber is tempted but declines and the man leaves. After he leaves Amber thinks about what he said and decides that it would be nice to have a hot shower and a warm bed to sleep in. She calls him and he tells her he is helping his daughter with her homework but will be there shortly.

The man picks her up and begins driving her to his home. On the way he asks her where she lives, and about her parents and siblings. He asks about her favorite subject in school and what school she attends. He also asks her about her friends and where they live. 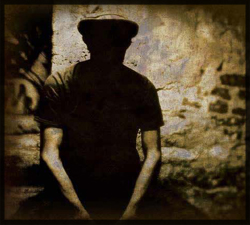 They finally arrive at his home which is in a remote location and a bit run down. Amber goes into the house with him and her nightmare begins. Waiting in the house are several men who forcibly rape her over and over again. They beat her and torture her. They threaten her and anyone she cares about. She’s just a young girl and she doesn’t understand how this happened or what she should do. This goes on for days – they don’t give her any food or water. She is cold, naked, confused and she doesn’t even know where she is. Dazed and exhausted – days have gone by and different men are coming in and paying her slaveholder so they can rape her for hours every day.

Amber is weak and terrified and thinks she is dying. A man comes in and offers her food and water which she accepts. The man calmly tells Amber that “This is your life and you need to accept it. Nobody on the outside will believe you or accept you. If you run we will hurt all those you care about. The police will arrest you and send you to juvenile hall, so just do what we tell you.”

She is then moved from city to city being sold multiple times daily. Amber’s slave holder stands to profit an average of $300,000 each year, tax free by selling her over and over and over.

Although this particular story is fictional, it represents the truth of what is being repeated throughout the United States.

Click Here to learn more about the Problem of Sex Trafficking